Want to get heard? We explore the value of bringing data to LIFE.

The rich text element allows you to create and format headings, paragraphs, blockquotes, images, and video all in one place instead of having to add and format them individually. Just double-click and easily create content.

How to customize formatting for each rich text

Headings, paragraphs, blockquotes, figures, images, and figure captions can all be styled after a class is added to the rich text element using the "When inside of" nested selector system.

In Part 1 and Part 2 of this series we’ve looked at why it’s so difficult to inspire action around Climate Change and how best to ‘frame’ the issue in a way that it will get heard. This third part of the series explores how and why fusing your scientific data with a personal touch could make all the difference.

Many people are familiar with the ‘Keeling curve’, a scientific graph which was used widely in the to show the build-up of carbon-dioxide in the atmosphere. The problem with this graph however was that it failed to communicate the immediacy of the problem – the average person erroneously took it to mean that the build-up of carbon dioxide has been happening over a long period of time so climate change is no urgent issue.

So how can we inspire a sense of urgency?

“The human mind is not designed to immediately react to threats that seem to manifest themselves in the distant future, such as climate change.”

The Psychology of Climate Change Communication, Centre for Research on Environmental Decisions

The challenge is to communicate how climate change is an immediate challenge as well as a future one – there is a narrow window of opportunity where effective action can be made to avoid devastating future consequences. In order to understand why some information inspires action whereas others do not, we need to start by looking into the workings of the human brain!

The most effective form of communication however, is one that targets both the analytical and experiential processing systems of the brain.

Statistical evidence is useful for people to absorb facts and can help to make the message more credible however it is most effective at compelling people to take action when balanced with experiential tools such as:

– Messages designed to create, re-call and highlight relevant personal experience and to trigger an emotional response.

Video is by far one of the best mediums for capturing people’s personal accounts however many campaign videos make use of audio commentary to mention the statistics and key data. Depending on your learning style, you may or may not find this information very easy to take on board. By combining audio commentary with visual data representation techniques such as animated graphs and interactive maps this can help to make the data more easily digestible.

This can also apply to the way that Key Findings are represented in climate change reports. Most reports are very text heavy and so by representing the data in more of an interactive, visual way may make it more accessible to the people that need it most – policy makers and governments.

The key is to make your message easy on your audience and meaningful. Rather than bombarding your audience with statistics and scientific graphs, try and communicate data in a friendly, visual way alongside personal accounts. The data will help give your message credibility whilst the more experiential imagery and stories will work to trigger an emotional response from your audience and make the whole thing more memorable.

Yoke are committed to working on projects that work for positive change for people and the planet. We’re passionate about raising the profile of Climate Change so if you’d like help in communicating your key findings in this area or for getting a campaign off the ground then get in touch.

With billions of pounds of plastic entering the ocean every year, can something as small as ditching the plastic toothbrush really make an impact? Let's find out…

People across the world continue to make positive change. But gender bias still exists. In this article I explore what these biases are and how together we can start to tackle them.

Evie brings a 'can do' attitude to Yoke with her determination to make the world a better place. 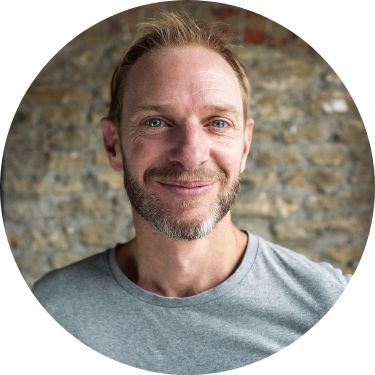 Have a chat with Jay, our creative director, about how we can help. It all begins with a friendly hello…
Book a chat